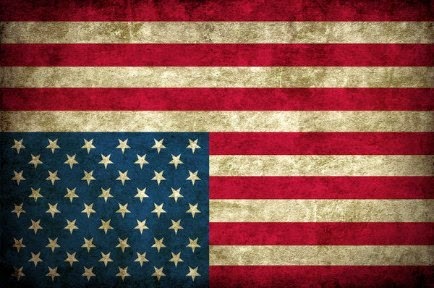 Back in 2010, the Libertarian Party had won an appellate court decision for that same claim in Pima County's district. Pima County immediately requested the appellate court to reconsider its ruling,  describing the rigging of the RTA election as “a discrete incident of past wrongdoing.”   The request was denied.
Over the past four years, the promise of a resolution slowly withered as Pima County Superior Court judges kept ruling in defiance of the appellate court decision.  They refused to hear the case, so the Libertarian Party was forced to appeal for a second time.

Pima County's next legal maneuver may have ended their eight-year war of attrition against transparent fair elections.  County operatives forced a change in appellate court venue by contriving an amicus brief through the Republican Party to develop a conflict of interest in the elections case.  As a result, Pima County's bureaucratic political machine finally achieved an appellate court decision to deny the pursuit of prospective relief for rigged elections in the courts. According to Rule 2.11 in the Arizona Supreme Court rules for judicial ethics:


A judge shall disqualify himself or herself in any proceeding in which the judge’s impartiality might reasonably be questioned.

Critically fortified and influenced by the growth industry, Pima County has spent millions of taxpayer's dollars in a cover up that has soiled the Arizona Attorney General's office and the state's judicial system in an effort to prevent an authentic investigation of the 2006 RTA election.   This election authorized a two billion dollar construction project financed by a raise in the area's sales tax.

For the millions of taxpayers' dollars spent by Pima County, key evidence in the form of RTA ballots stored for eight years without a forensic exam or a meaningful comparison to precinct totals, will be destroyed.

The money and effort spent to prevent these ballots from a simple hand lens inspection has become its own source of shame for not only the county, but for the press, for law enforcement and for the courts.

On that election day, May 16th, 2006, notable political party observers discovered suspicious activity in the tabulation room involving the manipulation of election database files. A lengthy records law suit confirmed that databases for that specific election were overwritten during the tabulation process.   Subsequent illegal summary reports were printed immediately following the overwrites and the computer operator was known to remove election data from the tabulation center and take it home with him on a daily basis.    Pima County Administrator Chuck Huckelberry, the person ultimately accountable for the elections division, is consistent in erroneously stating or implying that elections data was never taken home.   Court testimony, however, identified computer operator Bryan Crane as the individual who took home elections data and identified the type of medium taken as attributed only to elections data.  That same computer operator later made a barroom confession to a former Pima County employee who signed an affidavit with other witnesses.  The operator stated that he rigged the election on the instruction of his bosses.   Videotaped surveillance footage of the tabulation room during the key times in question were requested in litigation, stalled for an inordinate amount of time, then erased under the pretense that the requested footage was still in rotation and subject to normal recycling.

Attorney General Terry Goddard conducted an initial investigation using a subcontractor IBeta to examine the RTA database files.  Pima County employee John Moffatt became involved with guiding the IBeta company through the investigation despite the fact that Pima County was formally named as the suspect.  Goddard was aware of this arrangement and didn't seem to mind how various inquiries suggested by Moffatt were either diversionary or irrelevant to discovering election fraud.  Goddard also chose to ignore suggestions by those who filed the initial complaint, despite their high levels of expertise drawn from University of Arizona professors, an expert from blackboxvoting.org and a former NSA employee.

IBeta concluded in its report that the Diebold computer software used by Pima County (GEMS) "exhibits fundamental security flaws that make definitive valuation of data impossible."  The suspect's influence on the outcome became evident in IBeta's second key observation that the data was tampered with, but the lack of effort in covering their tracks suggests such tampering was a mistake.

John Moffatt was later caught absconding with key evidence from the county vault.  He had somehow managed to obtain database records from that same 2006 RTA election in violation of a court order.    Electronic data was not the only evidence potentially compromised.  Attorney Bill Risner discovered through depositions that nobody was preventing access to the RTA paper election ballots, which were being held in storage during years of litigation.  Any Pima County employee could have accessed those paper ballots or other paper records associated with that election.

When Bill Risner's litigation team was finally set to examine individual printouts of precinct totals (called poll tapes), Terry Goddard intervened and confiscated all the paper evidence for an ostensible second examination of the 2006 RTA election.  Initially, transparency activists were hopeful Goddard was acting in good faith and finally conducting a real investigation.  Not so.  Terry Goddard had initially promised to examine the poll tapes as part of his recount of the paper ballots in March, 2008.  Once the count began, however, he refused to examine the tapes throughout his investigation.  This move would postpone Risner's examination of these printed totals for another year

Goddard knew of John Moffatt's previous mishandling of evidence in the court vault.   He was also aware of PIma County's ability to generate ballots on demand with a specialized ink jet printer.  Despite sufficient cause, Goddard refused to perform a forensic exam of the ballots.  Instead, he and his team performed a recount of the 2006 RTA ballots behind glass.   Observers noticed major differences in paper thicknesses, which suggests a different print run was used despite the original vendor confirming a uniform thickness for all the ballots at the time of the election.  During a press conference in April, 2008, Goddard announced that the count indicated similar results to the 2006 election.  He therefore concluded that the election was not rigged.

Attorney General Terry Goddard's investigation of the RTA election was rife with errors and missing whole precincts.  Not only did it lack a forensic exam but there was no attempt to compare precinct totals to poll tapes or poll worker reports.  One year later, Bill Risner's team was finally able to access the poll tapes for that election.   They finally understood why Goddard suddenly changed his mind.  One third of the poll tapes were missing and more didn't match their precinct totals.  In totality, this discovery called into question almost half of the precincts counted.  Those missing and errant poll tapes were closely correlated with an abnormally high number of malfunctioning memory cards detected in the electronic files won by the first records lawsuit.  That same RTA records lawsuit revealed Pima County's purchase of a tool used for circumventing normal function of those unique types of memory cards.   That tool, sold to PIma County Elections as a "crop scanner",  was designed for measuring condensation on corn but demonstrated in 2004's hit documentary "Hacking Democracy" as a handy device for altering the way a memory card records and reports elections outcome on a precinct level.

Database tampering was only one facet of this complex task to change an election outcome.    On the paper side of the RTA election, missing and errant poll tapes were statistically significant as they correlated with memory cards exhibiting malfunctions in the electronic files won by the first records lawsuit.  Malfunctioning memory cards indicate one rub in the mix when trying to rig an election in this fashion.  Only very skillful technicians can reprogram close to 150 memory cards within a short window of time.   Pima Elections obviously did not have the time to successfully perform the arduous task which is comparable to jamming copious amounts of code into a cheap calculator, but they certainly tried. Their failure required the Arizona State Attorney General and the entire local court system to help Pima County cover its tracks.

Pima Elections' scheme began unravelling on election night as observers from behind the glass of the tabulation room noticed an open instruction manual that is banned from use in an official election.   Quick-thinking observers used a telephoto lens to capture images that not only identified the contraband manual, but revealed the book open to the area demonstrating a key task for altering electronic database files.   That night, observers requested that Elections Director Brad Nelson make a back-up of  the elections systems, place the resulting CD into a sealed envelope and hand it over to the police until their observed violations are investigated.   Brad Nelson refused.  By ten that evening, Nelson indicated to the observers that election work was finished for the evening and that there was nothing more to observe.  Electronic data would later reveal that once observers left, Pima Elections started up again at 10:13 pm and continued to tabulate votes until three the next morning.

Thus began eight years of litigation.   Past articles in this blog provide a detailed history that starts with the RTA issue evolving into the pursuit of prospective relief in the courts.  After seeing the movie, "Fatally Flawed" and reviewing this site's coverage of past exchanges in the courts, at public meetings and behind closed doors. you will understand why there is no reliance upon the accuracy or fairness of elections within the United States.

Posted by Intercept at 1:25 PM